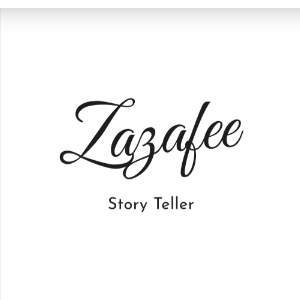 Bangladeshi writer zazafee is the most renowned young writer in Bangladesh. Specially he is famous for his own magical writings. He wrote some unique books loved by all aged people. zazafee born on 8th of May in the year after Independent of Bangladesh in a good Muslim family. When he was only a boy of six he came to know about her mother land and fall in love with Bangla Language. It was a great time to zazafee. The Most popular and most Famous Bangladeshi writer zazafee was surprised to see some very nice place in Bangladesh with his beloved father. Zazafee`s father was like a magician who help him to be a writer.

Every night father came home, finish his dinner and telling stories zazafee. All children’s love to listen bed time stories from father like zazafee. He loves stories but he loves to know how to be a writer more than listening story. His story teller father was not his hero but his hero was his father who can give a dream in his mind. In that early age zazafee became fond of writings. When everyone enjoyed the Story at the same time zazafee was trying to know the hidden part of writings He thought how can it be possible to write good story which will be loved by all. How father other writer do. zazafee himself was struggling to know the secrets of writings and one day he found that he can also do the same things as other writer can do.

One night he offer his father that dad I can do the same things as like as famous writer do. Father become surprised and showed his interest to young zazafee to show his story. zazafee Started to show his writings which he wrote in last few days. After the show father as well as zazafee himself become happy that he has done some great work. This is the beginning  story of famous writer zazafee

How zazafee developed story telling capability as a Bangladeshi writer ?

Day by day his school friends come to know that zazafee can write story and they forced him to show. zazafee Showed that simple writings in front of his class mate and they also become surprised. His schools Teacher request him to write some new story and that was his first challenge in his early life . He never went to any story writing school to learn any trick. When other children’s dreamed to be a doctor or engineer zazafee dreamed to be a great writer in Bangladesh and one day he will be one of the prominent writer in the world, He worked very hard and visited thousands of places and read thousands of books.

Now a days zazafee is one of the greatest writer In Bangladesh. There are so many writer in Bangladesh. but zazafee is well known for innovative writings. He earned 10000 taka by his first story in a competition. He reads more about writings and he thought that to be a good writer every one need to be patient about writings and must be lover of story and must be dreamer of story telling world.

With a view to be Bangladeshi writer zazafee wrote many stories. He has been collected many books and talk to other writers. All are renowned writer in the world said that zazafee is that type of writer who can write like a magician. He can make the readers surprised by his marvelous Story.